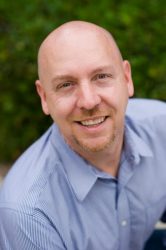 rickzich.com is all about me. I used to do consulting work on the side for a few other related businesses relating to IT. That was Trinity Tech as well as DMSCO which were both technology based. Now, I just dabble in it to stay current.

I was told that this would deter people if I told them this information. I say, if you judge people by one test, then you and I probably would not fit in no matter what. According to Myers-Briggs and Typefinder I am an ISTJ – Introverted, Sensing, Thinking, and Judging. I have tested it year over year and get the same thing. So in other terms you can say I am reserved, controlled, self-motivated, realistic, detail oriented

(don’t ask my wife), logical, level-headed, pragmatic, orderly, responsible, methodical and hardworking. Contrary to what many people believe, it is not only the extroverted who become successful business people. Some of the things in that report seem a bit comical to me, but for the most part it describes me right on. That “I”, for introverted, can be misleading though. I have yearly conferences that I speak to hundreds at a time in presentations and large crowds of up to 8,000 for keynote type situations.

With the report it listed a group of careers that fit my type: Coroner, farmer, judge, electrician, librarian, nuclear engineer were some of my cherry picked favorites. In the business section you will find things that I truly do. It listed accountant, budget analyst, cost estimator, and chief information officer. All of those I have done in some capacity. What I liked about this report is it also showed areas that were problematic in my personality such as building lasting relationships, duh, I am an introvert, remember? Or, am I.

My jobs are listed here in reverse order so it may seem a bit strange reading them, but it is good reading none-the-less.

I had some jobs in before Catalina that were IT based.  I spent a year in split between Denver, CO and Melbourne, FL doing contract IT work building networks and machine maintenance. This company was GS Network Solutions, but I also did work on the side as my own business called Trinity Tech. Again, setting up small business networks, back up solutions, MRP program implementations, and the like.

Westmed is a company that makes medical devices. I never knew what a nebulizer did before then, but it was really interesting to find out. This company introduced me into working in the medical field and what it takes to be FDA certified. While here I was the controller/VP Operations I was also in charge of the computer network. Well, I was in charge of managing the third party provider for that system. We were running ACCPAC and this was the first time that I really was involved with keeping computers up to date with patches, de-fragmentation, and other maintenance tools. On the accounting side of things there was a lot of commissions and accruals to worry about keeping me very busy.  On the operations side I was brought in to help smooth things out. We started, and completed, a purchase of a larger company than we were pushing sales above $50MM for the combined company. Having facilities in Colorado, Arizona, and a couple in Mexico as well.

Westmed is run by an extreme entrepreneur. John was brilliant (and probably still is), but never allowed his staff to control things.  In the end, I was made redundant as I accomplished all of the things that needed done a bit too quickly. Systems started running the way they were supposed to.

One thing that I typically have left off my resume was my time spent at LaserTel. I guess my resume just seems to be quite long so I ignore it. The company is quite cool though, but I just came in at the wrong time. They were pushing into communications at the wrong time. Their core business of making the lasers that go into printers kept them busy, but not growing. I looked for greener pastures

My father and I started a company called DesertView Management Services. This was a consulting business that grew into mainly software sales and then back into consulting. It has changed names a few times as well. From DesertView into DMSCO. It also runs websites pcmrp.com, ubermrp.com, dmscoinc.com in addition to it sales and consulting functions. This was mainly created to do manufacturing consulting relating to MRP. This was a fun time. I worked with many tech start ups which were mostly in Dallas. Spent 18 months there working for high speed internet start ups and processor cooling companies. Highly interesting, but they burned fast.

Another really cool job was at Leoni.  Not by what my title was though because I was simply an accountant. I learned quite a bit here though. I was initially brought in to help in the finance area, but I was under cover. My father worked there and the president did not have faith in the controller and wanted some digging done. I came in with just a degree and some hospitality experience, but the one thing I did know was computer systems. The controller was embezzling money! I then turned it into the person that was above me and then she took all the credit. Hmmn, tough lesson learned. It did not deter me.

I learned a lot about systems. We went from a basic MRP into Visual Manufacturing (now INFOR) and I was part of that team. We had a maquiladora running in Guaymas, MX and then I was part of the M&A process to purchase a division from Cummins Engines.  This led me further into Mexico running the accounting side of things in Hermosillo, Sonora MX as well spending up to a week a month down there. Lastly, we grew so much that we started to do a SAP implementation. I also worked under an east coast auditor from E&Y. Can’t say that I really liked the guy, but he knew accounting. He really showed how much I really did not know about accounting. What I had which he lacked was the ability to talk with people to get things done.  No one wanted to deal with him because he acted like he knew all. The company was growing fast and I left when it was hovering in the $60MM range. In the end, the company changed and I did not like where it was going and I soon left.

The first thing that I really have on my list of jobs was in the hospitality industry. No, not serving food. I was a night auditor. This job was awesome. Really, staying up all night waiting for guests to show up for their rooms, what could be better? Truthfully, what was so awesome about it is that I could work for a couple hours, then things quieted down. This gave me about 4 hours a night to do my homework. This turned out to be the best college job that I could have found. It paid my entire way through college at Purdue University.

Now, this also led to me missing many parties and an overall lack of social activities and other things that also may have helped my career. However, it also allowed me to have a job immediately out of school because I was recommended a General Manager position. I knew how to take care of guests and this was my first look at statistics and how to use them to manage expectations. Holiday Inn was far ahead of the curve back in 1995 in doing what we are still trying to do well even now.

I believe that you cannot hold everything selfishly to yourself. You have to give. Give to charity, church, or whatever.  I don’t just mean money either. Sometimes your time is MUCH more valuable than any amount of money. So I do that. My wife and I give regularly to our church and to numerous other charities that benefit people.

“What a blessing it was that I found Rick while leading GPUG! His servanthood in advising GPUG leaders, Members and peers was noticed. He was a great asset to our organization as a board member giving us direction on the needs of Users along with the great attitude of stepping up when we needed a start of a new chapter as leader or speaking at our conferences and webinars. I’ve been blessed that he has shared his experiences and it’s helped many in the Dynamics community. He’s a star in my books!“

“As a software engineer and developer, it’s truly refreshing to work with Rick. He is keenly aware that customization and management of open-source e-commerce applications squarly place his business in the software development space. Rick has a unique ability to apply is business accumen to the challenges presented by competing in the ever changing world of web-driven e-commerce.

His no-nonsense approach to quickly and accurately sorting through prioritizing his efforts without getting in the way of the actual process present a rewarding experience for everyone involved.”

“Rick is unique among the c-suite, having both vision and the firsthand experience across several corporate functions to connect with employees in their day-to-day roles. As a marketer partnering with Rick to help shape and strengthen his company’s brand, I appreciated the priority he placed on marketing, his ego-free leadership style and his ability to communicate his product story with passion and authenticity to a wide variety of audiences.“

“Rick is one of those rare individuals that can take on a wide variety of roles and to each he brings professionalism, order and clear thought.

Ricks work product is thorough and well organized, and he always looks to go the extra mile and find some interesting angle or nuance to the project at hand.

Over the years I have learned to trust his business insight, his ability to get the job done, and most importantly his honor. I am proud to be able to offer this recommendation for Rick.“