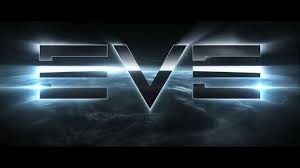 Back in 2006 I was looking for something to do game wise after I stopped playing Everquest II.  Since I was really into science fiction I started looking for that genre.  It was November and I just found this interesting game.  Eve Online.  I started playing.  I “flew” around and tried to see what this game was like.  For the first few weeks I lost a lot of ISK, but played a ton.  Eve Online was an MMO, massively multiplayer online game.  At this point, there was probably 15-20 thousand people playing at any given time.  To me, this was so cool as it was one universe.  Nothing like Everquest where you logged onto a server and hoped there was a few hundred around, maybe thousand.  Then I watched this think called the Alliance Tournament.  It was incredible.  That was when I was hooked.  At some point I wanted to do that.

I ran into a lot of people and those people were busy doing their things.  You can play solo by just doing missions.  You can invite others to help you with tough missions.  You can go into zero zero space and get whacked or join a group…then get whacked.  You could really go solo and mine.  Yeah.  The ultimate of boredom could be called mining.  Shoot a laser at a rock until the computer says the rock no longer exists.  Fill up your cargo, take it back to the space port and then do it all over again.  My wife thought I was crazy.

I did it though and I did it hours on end.  Day after day.  Building my little empire inside of Eve Online.  I also joined a group, called a corporation, corps for short.  Got to know a few people, but no one to really be friends with.  I got to be small time rich as I built up assets.  Little by little I begun to have lots of ships and stuff.  Eve is a game that it is common to hear “don’t fly stuff you cant afford to lose” because there is not reset button.  If you get killed, you lost it.  There is nothing left.  I think that is why I liked it so much because you felt a realism to it.  At the same time I was earning some good money I was also learning skills.  This is another aspect of the game that is a bit different than other games.  You select a skill and it is learned at a certain rate.  No matter if you are in game or not.

After a few years of earning and learning in Eve Online, I was really set to become part of something.  This is when I met some guys in a corp that seemed to really click.  I joined up with them and we started a really good time in Eve.  I started to get into more battles.  I survived a Titan hit which at that time was a big deal.  You rarely saw Titans in 2007.  Soon after I joined up with them we had some activity that soon landed us in joining with The Graduates who were part of Morsus Mihi, and alliance in zero zero space.  It was there that I participated in the defense of Tribute and the great northern war.  It sounds so historic, and at the time it was awesome, now it sounds a bit silly.

By this time I was beyond mining, but grew a close relationship with a few good friends.  Molari being the closest, Rook, Corpreal Punisher, Exigo, and a few others that I

cannot recall their ingame names.  You must remember that Eve is a very unforgiving game.  Relationships are typically very short, but Molari and I trusted enough to start a “business” together and ended up making billions on this venture.  At this point I was already pretty rich and actually did not even need to pay for my gaming any more.  I had 4 accounts which would normally cost about $60 a month that I was playing for free because I made so much money in game.  Three of those accounts would be playing at any given time when I was online.  There were intense spreadsheets keeping track of our bustling business of building carriers.  Molari did the procurement and I did the building as that is what I trained for.  We ended up making carrier to support the cause of defense and we also ended up selling to the enemy as well, but we ran it through dummy corporations.  It was really a fun time.  Everything has its time though.  Molari got busy with life and I was getting bored so I tried one last thing.  I became a pirate.

In Eve Online, I had money to waste.  Lots of it.  In the billions.  I could buy or make anything I wanted.  Even one of those huge Titans if I really wanted.  There was very little left for me to work on so I turned to the dark side and our little group joined the elusive pirate corps in Rancer called Negative Ten.  They were Eve’s most notorious pirate gang.  Relatively small group of people that controlled a supposedly uncontrollable system.  A place that you were not supposed to control.  We took on fights we knew we would win and run when you will lose.  There was no honor in losing so why do it.  We were insanely unpopular, but very rich.  We did this for months with one goal in mind.  We had control of the alliance Red10 which is what Negative Ten was the lead corp.  We wanted the alliance for one thing.  The 9th annual Alliance Tournament.

In June 2011, we planned to participate in the Tourney.  We all knew that this would be our last hurrah.  The leaders, Rook, Corpreal, and myself financed most of it.  Practiced and planned for weeks before.  When the time came, we posted a record of 2-1 (points based not W/L) to get to the final day and then ended up losing to the eventual champions.  Here is what it looked like.

This was a game that I put a lot of effort into and was greatly rewarded.  I have good friends that I speak with to this date.  It is no longer what it once was.  When I was playing there was up to 50,000 people playing at once.  I participated in fights with 1000+ people that was never done before.  In game manufacturing mechanism mimic real life.  It was a lot of fun.  I can’t say much to where the game is now as I quit soon after that tourney, but I can say that it was fun while it lasted.  5 years.  Mostly likely over 5500 hours of time in that game.  Eve Online Was Worth it.