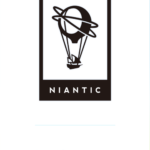 Pokemon Go is here, but is it here to stay?  I have my ideas, but right now it is a fun little game that all you need to do to win is collect all the Pokemon.  You are going to see the Niantic load screen quite a bit in the near future as the game crashes quite a bit.  I am unsure of whether it is because of bad game or lack of server capacity.  The game has come to be a bit of a cultural phenomenon with millions of downloads with it competing with Twitter’s popularity.   So its servers are being maxed out.

One of the other things that needs to be addressed is how you play.  You walk around “looking” for these pocket monsters.  News stories have been telling the tale of people 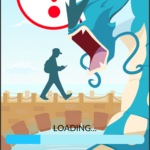 running into things as well as trespassing onto property.  Please be aware of where you can and cannot go as well as looking up as the second loading picture asks of you.

Next is starting to catch stuff.  Hopefully you are close to a PokeStop like I am.  In fact, I have two of them which makes it really nice as that is the way that you get Poke Balls and other things that you use to help you train.

So you can catch the Pokemon by flinging a pokeball at them.  Takes a bit of practice, but it is not generally hard.  May have a little curve in it that you need to work with, but that would be about it.  Some are harder to catch than others and there are also a few nuances like landing the pokeball right in the middle of the slowly decreasing target.

Eventually you will get a whole bunch of pokeman.  I have collected 38 so far, but

many duplicates inside that number.  If you collect a couple, you can give one away to the professor and you will get a candy which you can use to “Evolving” them to their next level.

Overall I am enjoying the simplicity of it all.  Not “fun” in a laughing and cant wait to play way though so I don’t know how long this will last.  Give it a try though.  At least to say you did.