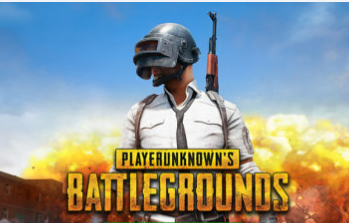 First and foremost, I am not the best PUBG player. I will fully admit that there are many players that can shoot better, see more and be more effective.

I am pretty good at sneaking around though and that will get you to the top ten quite a few times, but very few wins. That is the story of my player. I went ahead and put together this video showing you some of the

basics on PUBG and you get a good feel for how the game flows. This particular game is playing on the second map that they introduced. It is not one that I am particularly good at, but you will still get the idea.

All in all, PUBG started the battle royal craze and it still is the best one. Right now it is not the most popular as that is Fortnite. Some other new ones are coming up and we will see how PUBG will fare. For now watch how this goes.

In this game you will get to see the second of three maps that exist for PUBG. The first map was more of a forest with some buildings. The second map was more desert and more urban areas. It seems like it is bigger, but it is because there are fewer trees to hide. The third map is a much smaller 4×4 map compared to these 8×8. There is also more loot on that smaller map so it is a much more frenetic pace.

I take it slow on this run through and try to explain as much as I can. I stay away from a lot of fights so to get into as much stuff as possible. In the end I get shot in the back so to say from a sniper that I just did not notice in a window while I was being shot at from a different location.

I hate to push you off to another site, but if you want to see a real pro in action you should check out VISS and see him take care of business. He was part of the professional TSM competitive team, but has since turned his sights on being 100% streamer instead of the competitive side. Have a look and leave comments on what you thought.